MSC Cruises to deploy Magnifica and Virtuosa to Saudi Arabia

MSC Cruises to deploy Magnifica and Virtuosa to Saudi Arabia

MSC Cruises is to deploy two of the newest ships in its fleet to Saudi Arabia for the coming winter 2021/2022 season after striking a deal with Cruise Saudi, a 100% public investment fund-owned business that seeks to develop Saudi Arabia’s cruise industry.

Under the terms of the agreement, MSC Magnifica will homeport in Jeddah, the commercial hub and one of the largest cities of Saudi Arabia, as well as the second-largest port in the Middle East with a historical centre that has been designated as a UNESCO World Heritage site.

Operating seven-day Red Sea cruises from November 2021 to March 2022, the vessel will visit a selection of ports and destinations in the region and three Saudi ports including weekly calls to the port of AlWajh, the gateway to the UNESCO World Heritage site of AlUla.

Meanwhile, the cruise line’s  newest ship MSC Virtuosa, which is due to come into service later this year, will see her winter 2021 programme in the Arabian Gulf enriched with calls in the port of Dammam, visiting AlAhsa oasis, another UNESCO World Heritage site.

The two companies expect a total of up to 170,000 guests to explore Saudi Arabia’s historical, cultural and natural treasures on board the two MSC Cruises ships during the upcoming winter 2021/22 season. 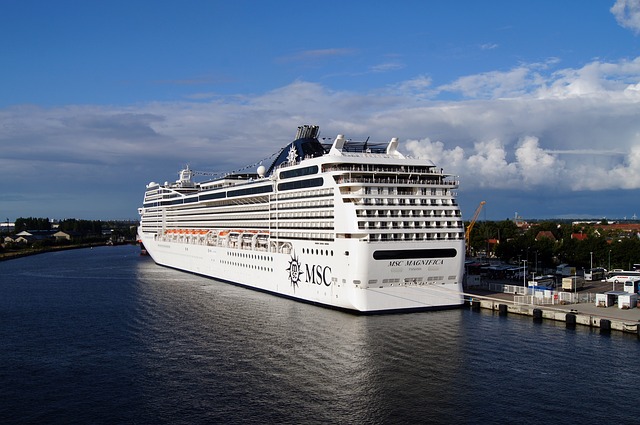 Spaking on the signing of the agreement, Farooqui said: “We are delighted to work with MSC Cruises and are keen to forge a long-term partnership. We look forward to exploring opportunities to increase the number and size of vessels operating on Saudi routes in the future. Saudi Arabia has a lot to offer visitors, and the new collaboration will open doors for intrepid travellers from across the globe to be amongst the first to experience the rich Saudi heritage and warm hospitality. Meanwhile, through welcoming international tourists to these emerging destinations, it will create new sources of income for local communities.”

For his part, Vago said: “Having witnessed first-hand the richness of the local heritage, I am impressed with Saudi Arabia’s ability to preserve its traditions and culture and make them available for the world to see. I am delighted that MSC Cruises will be in a position to contribute to the Kingdom’s opening to international visitors through becoming a premier cruise destination and I look forward to helping tourists from all over the world as well as from the Kingdom discover the incredible wonders that this country has to offer, including the untouched beauty of its coast line and historical sites.”

The highlight of the cruises was being able to explore some of the Red Sea’s restricted areas, otherwise closed to the public. These include protected islands around Neom, where Saudi Arabia is planning an ambitious $500 billion futuristic mega-city.

Sites in the area include the Sindalah Marine Sanctuary and the Georgios G shipwreck – a cargo ship that ran aground in 1978 and is sometimes referred to as the Saudi Titanic; and of course, the Red Sea with its rich marine life is one of the world’s top destinations for diving and snorkeling.

The Saudi Tourism Authority is looking to develop the foreign and domestic tourism markets, as the Kingdom  seeks to diversify from a fossil fuel-based economy.

As part of its Vision 2030 blueprint to wean itself off oil revenue, Saudi Arabia announced plans a few years ago to develop a large stretch of its Red Sea coastline for foreign tourism.

The kingdom currently has some 18 million tourists a year – prior to the coronavirus pandemic – but they are almost entirely religious pilgrims travelling to the Muslim holy city of Mecca.

A report last year said Saudi Arabia expects to increase international and domestic visits to 100 million a year by 2030, creating around a million jobs, with tourism contributing as much as 10% of the kingdom’s GDP, compared to just 3% today.

Cruise Saudi seeks to create some  50,000 jobs in the cruise industry in Saudi Arabia by 2035 by developing routes along the Red Sea and the Arabian Gulf.

PrevPreviousWorld’s largest ship, Wonder of the Seas, to sail from Shanghai Hong Kong
NextCruise industry’s long wait for return to sailing could be over by JulyNext