There was more bad news for Royal Caribbean Sunday, when German shipyard Meyer Werft, which is building the Quantum Class Odyssey of the Seas,  announced that it would suspend operations from Monday for six weeks.

Deutsche Welle reported that the shipyard is feeling the knock-on effect of the coronavirus pandemic on the cruise industry as cruise lines cancel and postpone orders. At present, Mayer Werft is scheduled to return to work on August 30.

Meyer Werft CEO  Bernard Meyer described the situation as “precarious,” and said the firm would have to fight for survival.

According to the report, Meyer Werft needs to cut back $1.3 billion over the next five years,  due to the slump in orders and is hoping to receive federal assistance to stay afloat.

Fire on board the Odyssey of the Seas

It is not the first time that Odyssey of the Seas has suffered a setback.

The news comes only a few weeks after Royal Caribbean announced that the timetable for delivery of the Odyssey of the Seas, under construction at an estimated cost of close to $1 billion was being pushed back by several months due to the coronavirus pandemic.

Odyssey of the Seas had been scheduled to debut from Fort Lauderdale, Florida in November, 2020, but its inaugural sailing has now been delayed until April 2021.

In a June 30 statement, Royal Caribbean said: “The health crisis has unfortunately also impacted shipyard operations, as well as our supply chain. As a result, the debut of our newest fleet member, Odyssey of the Seas, will be delayed, resulting in the unfortunate cancellation of all sailings between November. 5, 2020, and April 17, 2021.”

“We are saddened to share this news,” the company added. “There’s nothing we wanted more than to launch this revolutionary ship this fall–but trust us when we say that Odyssey will be well worth the wait!”

In May, Meyer Werft said its ability to deliver on time had been impacted by the coronavirus and that a fire onboard the Odyssey of the Seas had led to “extensive property damage and expensive delays.” 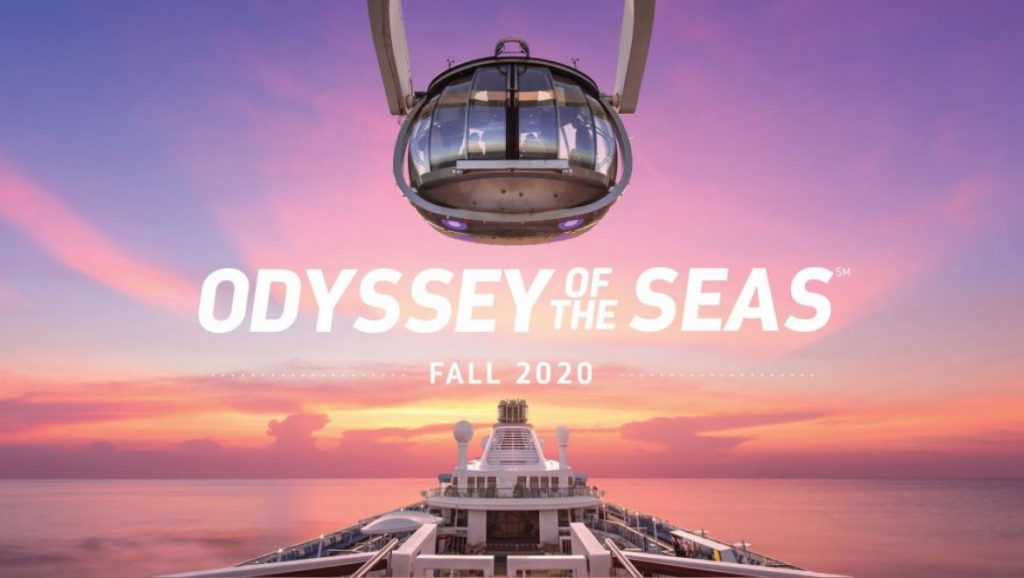 Wonder of the Seas also delayed

On Saturday, Royal Caribbean announced that it had been forced to delay the debut of the world’s largest ship, Wonder of the Seas, which was  scheduled to sail from Shanghai, China in 2021.

The company did not announce a new date for the ship’s delivery and debut, saying only that: “We look forward to the arrival of Wonder of the Seas after the epidemic has been brought under control.”

“The coronavirus pandemic has caused an unprecedented impact on the global cruise ship industry and the construction of the new Wonder of the Seas was delayed due to the impact of it in shipyard operations,” Royal Caribbean Cruises Asia said in a statement.

Work on the ship at the Chantiers de l’Atlantique shipyard in Saint-Nazaire, France was delayed after the shipyard was forced to suspend construction earlier this year due to the coronavirus. Work resumed in late April, at which time neither the shipyard nor Royal Caribbean made any statement on a possible delay in delivery.