One standard class with a narrow three by three seating arrangement is typical on most budget airlines, and in most cases, transports passengers via buses to the planes rather than jetways. In addition, arrival airports tend to be located outside of major cities, increasing travel time at the other end.

AirAsia, one of the world’s lowest cost airlines offering international and domestic flights throughout Asia, allows passengers one piece of cabin baggage and one laptop or handbag on board in the cost of the ticket. Hold luggage, seat selection and onboard dining incurs additional charges. British airline easyJet, which has a strict one piece of hand baggage policy, also charges passengers hefty fees for hold luggage, seat selection and food.

Other airlines are refining their product to allow passengers more options. Irish airline Ryanair recently updated its cabin bag policy which guarantees passengers a cabin bag and small personal bag on board for a small fee. However, those failing to print their tickets in advance can face expensive fees at the airport.

For long-haul travel, inclusion of services often creep further up the priority list, and airlines are taking note. Norwegian Air, which services flights between Europe and South America, as well as other parts of the world, lies somewhere in the middle of budget and traditional airlines. The carrier offers a range of ticket options, from Economy LowFare, LowFare+ and Flex to Premium and PremiumFlex, the latter including hand luggage, checked baggage, seat reservation, fast track, meals, lounge access and more in the fee. Unlike many other budget airlines, its planes also offer in-flight entertainment systems as well as free WiFi and on-demand browsing on most of its European routes.

At the opposite end of the spectrum, traditional airlines are fighting to maintain their position as offering a more superior in-air experience. Given the diversity and needs of clientele, including business and frequent fliers who require more specific amenities, the classic airlines model remains relevant in today’s saturated market.

Even elite airlines are revising their economy experience in a bid to entice customers back to the traditional flying experience.

Widely acknowledged as offering one of the best economy classes of any provider, Singapore Airlines has introduced on its new aircraft a six-way adjustable head rest, USB charging ports, power plugs, smartphone stowage, HD video screens and more seating pitch than most other airlines.

Then there’s Emirates, providers of free Wi-Fi throughout all cabins allowing passengers to remain connected at all times in the air. And on Eitihad Airways, passengers can expect special touches including a fixed wing headrest, HD screens and a wide choice of dishes at meal times. Whats more, each of these airlines includes hand luggage and checked baggage in the ticket price, a costly add-on for those opting to purchase low-cost tickets.

This boils down to several factors including flight time, destination and the individual desires of passengers. Whilst many low-cost airlines are introducing new products to enhance the in-flight experience, many travelers prefer to purchase ‘all-inclusive tickets” with costs provided upfront.

Both models will remain in competition as they continue to revise products and strive to stay ahead of the curve. The goal is to maintain a loyal client base whist enticing new market demographics through the best offering of in-flight services at a competitive price. 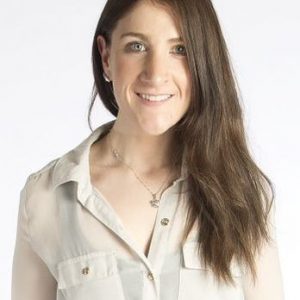 Leoni is an editor and journalist working in the fields of travel and tourism.. Having lived in four countries, her desire to travel and explore new cultures has led her to produce both local and international content on emerging trends for top tier tourism brands, digital media publications and local ministries, with a goal to encourage incoming tourism to specific destinations.
All Posts