Australia; the ‘Land Down Under, so-called because explorers discovered it when searching for land under Asia, is the biggest continent country. Australia boasts its uniqueness through its peculiar accent, its culture, its wildlife, and most importantly its natural wonders.

Uluru, Great Barrier Reef, Sydney Opera House are a few places recognized worldwide. When visiting Australia no one misses these spots. But there’s so much more to Australia than the prominent sites.

Here are some amazing destinations in Australia that you might not have heard of but are a must-visit. If you’re going to be traveling in Australia, you can buy esim online in Australia for the fastest and easiest-to-use network in Australia. 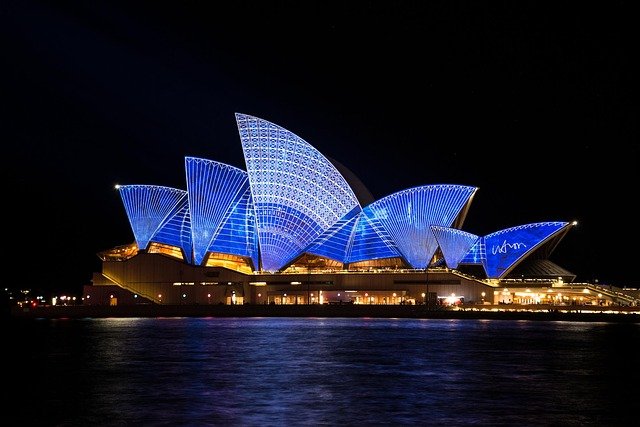 This desert is located north of Perth and has a pinnacle collection made of strange limestone pillars. They are shaped unusually. Some suggest it was because limestone eroded with time, another theory suggests these were originally trees or roots covered by limestone later.

A legend in Aboriginal culture states a mildly disturbing cause. It says that the formations represent people who died in the quicksand. The sight is unforgettable. Especially during sunset, the shadows formed and the golden gleam is something you should not miss.

It is said during the 1770s when Captain Cook was traversing from this route, the area exerted a magnetic pull which was evident through a compass.  Over the years people have been researching the same but haven’t discovered anything yet. The name still persists. The place offers beautiful views. Another prominent feature of the place is the remains of an observation deck from World War II.

During WWII it was an important location due to its proximity from Townsville (A military base).

The railways of Newnes shut down during 1932, after which the tunnel was abandoned. This Tunnel then became the home to glow worms. The bioluminescent larvae of various species cover the interior of the tunnel. When you reach the middle of the tunnel which is entirely dark, you’ll see the gnats glowing steadily. The visual is dreamy.

If you are a traveler who is fond of historic stories of places, this place is for you. The most heinous criminals from Britain in the 1830s were kept here. They were forced to engross in hard labor. You can walk through the torture cells, hospitals, and mental asylum and get a glimpse of the life lived by them.

This beach appears to have clear white sand when looked at from a distance. As you near the beach you’ll be stunned! The beach is encrusted entirely by shells!

Tidal inflow is blocked by a massive bank of seagrass. This water has twice the salt as normal seawater and high evaporation. Cockles could survive this but marine life couldn’t. Through the years, these washed up on the shore forming the exquisite beach.

Nimbin is a place representing the word vibrant! It is where the counter-culture movement was born. If you are an artist and hippie culture entices you, this place is a must-visit. Various struggling artists reside here. It’s like a trip back to the 1970s, a unique herb aroma fills the air, people roam with tie-dyes; there are craft stores and a hemp museum too!

The serene blue hues make this lake irresistible, but as they say, do not judge a book by its cover. Avoid jumping in the lake no matter how strongly you desire it. This lake is greatly contaminated by toxic heavy metals which makes it perilous. The scenic beauty of this place is very rejuvenating. It is believed that gem hunters visit the place often.

Don’t believe in aliens or life outside earth? Visit this place and get your opinions changed. The town of Wycliffe Well can turn the most skeptical persons’ opinions. Since WWII there have been UFO sightings. The proofs are all collected in a local restaurant. Sounds unreal, doesn’t it? Visit and decide for yourself. Besides this, it is a place for stunning sunrises and sunsets too. It is much like an amusement park.

The broken river; home to platypus, The Grampians are other two stunning unpopular places. There’s a lot more than the conventional locations. Journey to Australia offers an out-of-the-world experience. It’s like existing in a different reality. The stories of each place are astounding.

Wouldn’t it be highly disappointing if you don’t get the complete experience of Australia just because instead of spending on cuisine and visiting unique places, most of your finance was spent on extravagant phone charges? Do not let that happen. Using an E-sim gets you a recharge and data plan at local charges.  You can easily buy esim online in Australia at Airalo – the world’s first eSIM store.

Get lost in the dreamy place that Australia is and get the most out of it!

PrevPreviousTraveling overseas? Watch TV with Lingopie and pick up a new language
NextA First-Timer’s Guide To Enjoying A Trip To St. Barths Next