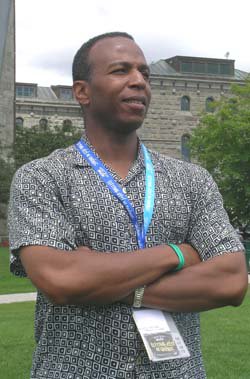 An hour flight from Morocco, and an hour and a half from Lisbon, Madeira Island, Portugal has been voted the “Leading Island Destination in Europe” by the World Travel Awards six consecutive times. Madeira Island also just celebrated the 600th Anniversary of its discovery.  The island boasts an ideal climate, between 65 and 80 degrees Fahrenheit year-round. Because it is so temperate, centuries ago, explorers introduced trees, plants, and flowers from Asia, Africa, South America, and Europe to determine whether they would flourish, and their success rendered the island a botanical wonder. What distinguishes Madeira Island from other destinations are its ubiquitous vistas, which are created by numerous volcanic cliffs that have prompted comparisons to Hawaii.  But how many locales feature fine wine, glorious hiking, colorful carnivals, recreational boating, and five-star accommodations are worthwhile coming for a few days for holidays at Madeira islands?

Madeira holidays also include the southern coast of the island, which is so tropical its has banana and sugar cane estates.  Charming fishing towns also dot the coast, unchanged much in decades. Vacationers will find guest houses and villas in these communities. The north coast is rugged and rocky, featuring small towns and great surf. Visit the storybook town of Santana, reputed for its picturesque straw roof houses. Equally memorable are the lava caves of São Vicente. The western section ranges from rocky barrens to cratered depths. Madeira’s interior lends to its majesty, dominated by the heights of Pico Ruivo and Arieiro. Here are some of the most breathtaking views on an island that has many of them.

Hiking in the Levadas

Madeira holidays are the adventure of a lifetime, in an ideal climate for activities of all sorts. You have not experienced the island until you have hiked its levadas, mostly narrow cement canals bordered by a footpath, which were originally designed, and still used to transport water from elevated areas in the north to the southern farmers. The beauty of these guided treks is the variety of routes and lengths depending on one (or your couple/group’s) level of stamina. The most fit may opt for trail connecting Pico do Areeiro to Pico Ruivo, which endures six to seven hours and is considered highly challenging. Because Madeira Island has such a tolerable temperature, and the routes are shaded, distances may not be as daunting as they sound, and most of them going is pretty flat and not very rocky. One a five or six-hour walk along Levada do Caldeirao Verde, you’ll see your share of waterfalls.

A much more moderate exploration of the levada takes place in the easternmost part of the island, a two to three-hour hike in Vereda da Ponta de Sao Lourenço. Seeking something in between? Begin with your guide in Calheta, to hike four hours in Levada das 25 Fontes. Tourists may also hike the levada unguided. The easiest stretch is an hour distance from the trout farm in Ribeiro Frio to Vereda dos Balcoes.

Funchal tourists on Madeira holidays may ride by cable lift, up to Monte Palace Tropical Gardens. As you ascend, you’ll marvel at the unobstructed view for miles, and you’ll be able to appreciate the topography, the brightly colored homes, the quaint churches and steeples, and beautiful bay of the capital city. Cap the adventure by taking a sledge car ride- a toboggan type slide back to the bottom.

Madeira Island also attracts rock climbers, cliff divers, cave explorers, and snorkeling enthusiasts- from all over the world. There are excursion companies to assist. Speaking of sports, perhaps the island’s most famous native is footballer Cristiano Ronaldo, for whom the airport is named. In Santo Antonio, you’ll see the pitch where he really learned the game.

Looking for a party? Annually, 40 days before Easter, Madeira marks the beginning of Lent with its festive 12 day Carnaval. It begins on Terça-feira Gorda (Fat Tuesday). There are two large parades, one an allegoric parade fueled by samba music, the Saturday of Carnaval weekend, and a second, ‘trapalhão, which notes the end of Carnaval, flooding the streets of the capital Funchal with costumed participants and other revelers.

Cuisine is till another reason to enjoy Madeira Island. Locals enjoy espada– a fillet of scabbard fish traditionally served either with fried banana or passion-fruit sauce. Speaking of passion-fruit, this is one of the many tropical fruits that you can eat in Madeira.

Another local delicacy is milho frito, little squares of fried corn flour which somewhat resemble polenta. Milho frito is often served as side dish for tuna steaks or espetada, which is a skewer of beef seasoned with garlic and baby leaf,  marinated in Madeira wine.

The Ribeiro Frio region is renowned for its trout. Also, seekout lapas, which are limpets fried in garlic butter. Finish with a dessert called bolo de mel dark molasses cake sometimes prepared with mixed nuts. A Madeira staple is Bolo do caco, the flatbread traditionally baked on hot stone. When this is eaten with beef inside, the dish is called Prego. Polvo a la Lagareiro is local octopus. As for beverages, Coral is a popular beer, but in homes, each household has a version of Poncha, a favored concoction of rum and citrus. Poncha is best to sample in homes than the storebought variety you will be told. Dining out? Sample the fare at Nini Andrade Silva Design Center,  a stone tower where views are awe-inspiring by day, and showcase the bejeweled lights of Funchal by night. The seafood, the service, and the wine selection are equally impressive. Wine lovers should take a food and wine walking tour that makes several stops at restaurants, businesses, stores, cafes, and a Madeira winery in Funchal. Allow about three hours, and groups are comfortably small.

Accessible in 15 minutes by plane, and two and a half hours by ferry, Porto Santo, Madeira’s sandy, much smaller sister island. Porto Santo offers a quiet, natural getaway with its golden beaches, aqua coasts, and a rugged terrain easy to tour in a brief jeep excursion. There are some high-end hotels, including the all-inclusive Pestana Porto Santo resort. Porto Santo has a 27 hole golf course designed by Spanish superstar Seve Ballasteros, who loved it here. The small island has natural spas, as its sands and shells bear medicinal qualities. Vacationers here may windsurf, paddleboard, kitesurf or windsurf.

Madeira’s sandy little sister has something for everyone, including festivals, family-friendly activities, outdoor adventures and natural spa offerings. Calheta’s is a fun lunch stop here, with a beachfront view. The island’s fine sands are renowned for having healing properties due to their rich mineral content and the organic combination of coral reefs and seashells are said to be good for bones and skin. Activities like paddle boarding, surfing, windsurfing, kite surfing, boat trips, hiking and off-road Jeep adventures are also available on the island. By jeep, you will see surrealistic stone formations.

If staying in the capital of Funchal, try the Quinta da Casa Branca, which has 43 roo ms with private terraces or balconies. This property features botanical gardens with flora and fauna bearing signage that attests to the global origins of the plants introduced on Madeira Island. The stately hotel also has a health club with spa and jacuzzi, a heated pool, and two outdoor restaurants. Or consider a stay at the 158 room Belmond Reid’s Palace Hotel. This hotel has acres of subtropical gardens, and even from the lobby level or main floor terrace, the views of the Bay Of Funchal are sweeping. It is no surprise Madeira Island has been annually voted the premier island destination in the world. Vistas, vino, festival, fauna and football heroes.

Bijan C. Bayne is an award-winning Washington-based freelance columnist and critic whose work has appeared in The Washington Post and The New York Times. He is also the author of the first biography of basketball hero Elgin Baylor, which was named a “Book That Inspires” by the Christian Science Monitor. Bijan C. Bayne is a contributor to JustLuxe, and AFAR online.
All Posts