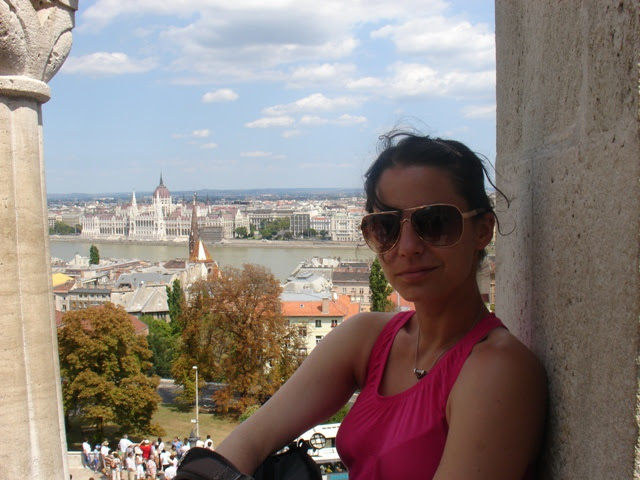 Tel Aviv has been called the White City, because for as far as the eye can see its all Bauhaus architecture of squat white buildings stretching out to the Mediterranean sea. It’s been called a party town, the center of the start-up nation, the vegan capital of the world. Really, though, Tel Aviv is all about that delicious food,  as any visitor who has spent any time here will tell you.

More specifically, Tel Aviv is all about that street food, which gives the country’s fresh produce and spices a chance to shine in a way that is most culturally aligned with the city’s love of what the locals call balagan, a word which literally translates to mess but really means that boisterous fun you get when you’re ordering falafel in the shuk and it is crowded and there’s booming dance music everyone seems to be dancing to, plus a waiter passing by with chasers of Arak and grapefruit juice, while you just made eye contact with a cutie before a dog walker attached to six mutts ran over your foot. And that’s all before you take a bite of something just-fried, warm, fragrant and perfect.

The abundance of outstanding street food also means Tel Aviv has excellent cheap eats. For travelers on a budget, this makes eating well here for less a very possible proposition. Plus, technically none of this food requires cutlery, so you save time you can use in sightseeing! But not all street food is created equal. With so many options, we’ve rounded it out to just three top budget street food options if you’re low on cash (and time) in Tel Aviv, or if you just want to hit up the very best. 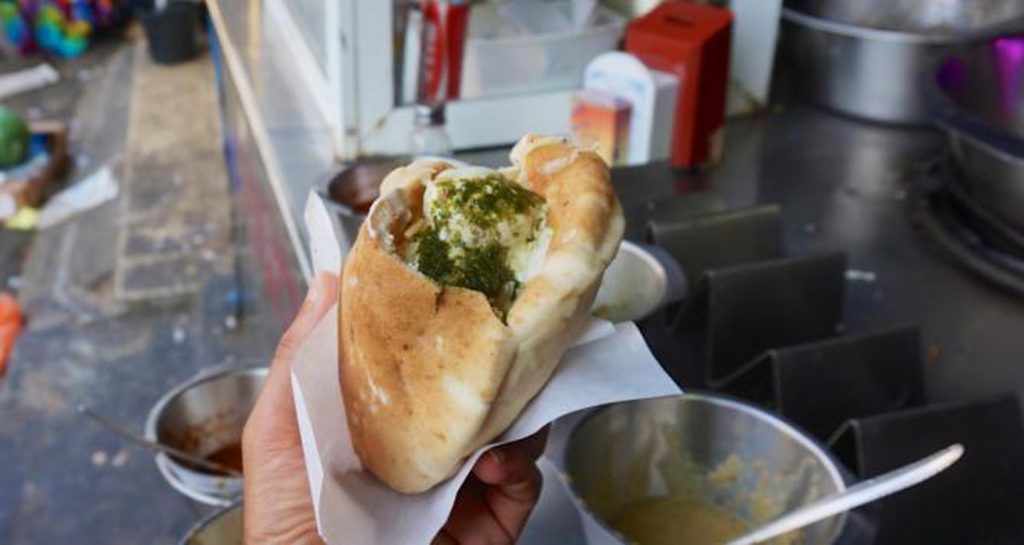 Falafel is synonymous with Middle Eastern street food. And it shows: you can pass a falafel place practically every block here. All of them will be at least good. Some will be great. Then there are those you’ll consider moving to Tel Aviv for. That’s the case with Falafel Four Flavors (Harba Teamim) on commercial Ibn Gvirol street in North Tel Aviv. This outpost of the country-wide franchise stands above and deserves a special ovation for its always freshly fried falafels which come in four flavors: traditional, sesame, green and spicy. The falafel is expertly seasoned for that umami kick you’ll be hard-pressed to find elsewhere. Plus the friendly vendors let you grab as many of the plentiful salads of spiced carrots with parsley or pickled red cabbage as you want. Just ask for a salad container. Pro tip: Stay and eat on the nearby tables and you can keep refreshing your falafel with tehina, because nobody likes dry falafel!

Israeli hummus is a dish onto itself, not a dip for airport pretzels or an addition to a vegetable sandwich. It is served on a large plate plain with olive oil or topped with pine nuts or sautéed mushrooms, alongside pita bread and raw onions (for dipping). One of the best places to have hummus is at Shlomo and Doron, a popular spot on ever trendy Carmel Market, recently named one of the world’s 50 coolest neighborhoods. The team here elevates the dish with thoughtful preparation and fresh ingredients. Try the hummus with shakshuka, served alongside the North African tomato and egg dish, and kill two culinary birds with one stone. Pro tip: Grab some Yemenite breads for dipping a block away at an unnamed Yemenite bakery (look up Donut shop arrack and Yemen on Google Maps to find it) and take them with you to use on hummus at Shlomo and Doron. 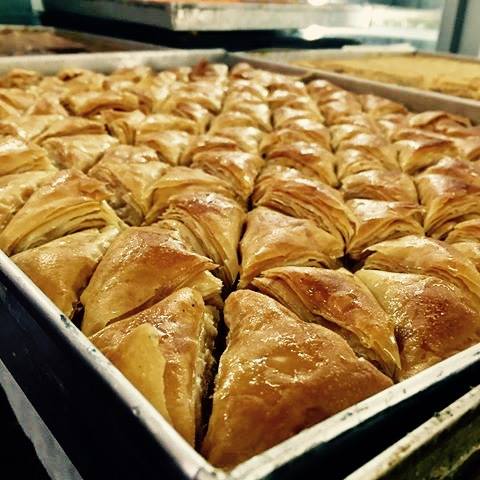 Burekas are ubiquitous in Israel, sold anywhere from gas stations to fancy bakeries, and they come in all shapes and sizes. The pastries are made with phyllo dough and filled with ingredients like kashkaval or feta cheese, spinach or eggplant. In lively Levinsky Market, Burekas Penso makes perhaps the best burekas in town. They’re light and airy, and miraculously avoid the greasiness which overtakes many a lesser bureka.  Pro tip: Eat in at the long counter to get your bureka served with a side of freshly grated tomato sauce (again, for dipping), pickles and olives, and a hardboiled egg, plus homemade hot sauce if you wish.  The combination of flavors and textures is all you will ever need. The shop also sells malabi for dessert, a sort of firm milk pudding made with rose water. Try it; if you’re still hungry,  that is.

Ayelet is a permanent expat who can call at least three countries home. She is passionate about all things travel, and about exploring the world, one trip at a time (31 countries and counting)! She can be found sharing her stories from a lifetime of travels at supernationalblog.com. Ayelet has lived in Buenos Aires, Jerusalem, New York, Paris, Miami and (the cute college town of) Gainesville, and is currently based in Tel Aviv, where she spends a lot of time booking her next trip.
All Posts

WiFi Ultraboost Review [2021] | Everything You Need to Know before Buying