Royal Caribbean’s Oasis Class cruise ship Allure of the Seas is to undergo a $165 million enhancement as part of its revolutionary Royal Amplified fleet upgrade program, which will see an overhaul of 10 cruise ships at a cost of over a billion dollars. The upgraded Allure of the Seas will offer a host of new attractions, around the clock entertainment for adults and kids such as games like https://tridewislot.com/, and a range of culinary delights.

Allure of the Seas upgrades and enhancements

The Allure of the Seas is the seventh Royal Carribean cruise ship to undergo upgrades and enhancements as part of the Royal Amplified program, which aims to provide guests with a “wow” experience. Royal Carribean analyzed guest satisfaction surveys and based on their preferences decided on the enhancements to be made on each ship. The program includes innovative new experiences and exclusive enhancements such as the 10-story Ultimate Abyss, the tallest slide at sea;  the Perfect Storm trio of water slides; laser tag; the Splashaway Bay kids aquapark; and a huge new pool deck with a bar over two locations, daybeds, hammocks and swing seats to chill out and relax, new whirlpools on the top deck, and a reinvigorated, adults-only Solarium, A spectacular music hall offers live performances and shows.

Royal Caribbean Allure of the Seas culinary and fun

When it comes to wining and dining, the Allure of the Seas offers a whole world of flavors, bars and restaurants, all included in the price of the cruise deal.

Giovanni’s Italian Kitchen & Wine Bar will offer a family-style, rustic dining experience with hand-made pizzas, fine charcuteries and a wide selection of wines and limoncellos. The Portside BBQ restaurant will serve up a menu inspired by popular barbecue styles across the United States, including brisket, chicken, mac and cheese, homestyle cornbread and more.

Watch sporting events from around the world on big-screen TVs at the Playmakers Sports Bar & Arcade, while sipping on ice-cold brews or face off against your friends on one of the arcade games. Spotlight Karaoke is a dedicated karaoke bar with both main stage and private room experiences with thousands of songs to choose from, music trivia and themed nights. For an innovative experience, the Bionic Bar has two robot bartenders shaking up classic cocktails and custom orders. Kids and adults will have a  sweet experience at Sugar Beach, which has more than 220 types of candy and ice cream.

“Cruise vacations have become a prefered option for holiday makers and demand has increased by 10 percent a year over the past decade,” Uri Schnable general manager of Sunorama Tourist Services and the exclusive representative of Royal Carribean in Israel. Cruise vacations are growing in popularity in Israel and around the world. In 2009, cruise companies hosted some 18 million guests but figures for 2019 are over 30 million. Thanks to groundbreaking innovations on ships such as the Allure of the Seas we expect to see growing demand.”

Allure of the Seas itinerary – Starts as of May 2020 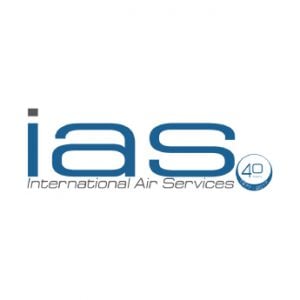 In cooperation with ias - International Air Services
All Posts