Stormy seas or smooth sailing: What does the future hold in store for the post-coronavirus cruise industry?

Stormy seas or smooth sailing: What does the future hold in store for the post-coronavirus cruise industry?

The cruise industry has been caught quite literally between the devil and the deep blue sea lately, as the coronavirus has left it high and dry with a number of high-profile outbreaks of COVID-19 aboard luxury liners and a subsequent no-sail order issued by the Center for Disease Control and Prevention.

But, already there are signs that the industry is by no means dead in the water and bookings for the 2021 season are full steam ahead, actually outpacing those for last year prior to the crisis.

In fact, according to online cruise marketplace CruiseCompete.com, there has been a massive 40% increase in bookings for next year compared with 2019.

That is good news for an industry that has seen investors bailing out like rats deserting a sinking ship.

Carnival Cruises is down about 75% for the year –  way more than the 13.5% drop in the S&P 500 – and that is after a 20% jump thanks to the Saudi sovereign wealth fund bailing out Mick Arrison’s sinking ship by pumping hundreds of millions of dollars into the company.

Those kinds of losses are occurring across the board: Royal Caribbean is down around 70% and Norwegian by around 75%. No one in the industry has been spared.

So, with ships in dry docks, what does the future hold in store for the cruise industry once the coronavirus crisis comes to an end – either sooner or later.

Could some companies sink?

Will it be stormy seas or smooth sailing? And will some companies even sink?

That will depend on two things, whether the cruise companies can stay afloat financially in the event of an extended no-sail order, and whether cruise aficionados will keep on sailing. And, in the longer term, can an industry that was poised for growth and has made massive bets on new, expensive ships, such as the billion-dollar Celebrity Apex that had been scheduled to launch in April, find new fans to fill their growing fleets.

On the financial side, the question is can the cruise companies continue to pay their obligations to creditors. Investors are clearly not convinced given the huge fall in share prices. Carnival alone needs around a billion dollars a month to stay afloat. CNBC reports that Carnival, , the world’s largest cruise operator, is in much better financial health than Royal Caribbean and Norwegian, with a debt to equity ratio – how much a company owns and how much it owes – of around 45% compared to 100% for its rivals. All three companies are raising debt, but given the risk in the industry at present, they are paying sky high interest rates, increasing the financial burden on them.

According to Maritime Executive, the consensus is that the industry currently has about six to 12 months of liquidity to survive with no revenues.

Bottom line: Whether they can batten down the hatches and weather the storm will depend very much on how long the crisis lasts.

The cruise industry has bounced back from countless setbacks in the past, from the sinking of the Costa Concordia off the coast of Tuscany, Italy in 2012, with the loss of 32 lives and a combined cost of $2 billion through to engine fires, norovirus outbreaks, passengers overboard and the infamous “poop cruise” when an onboard sewage waste system broke down causing a hell of a stink. 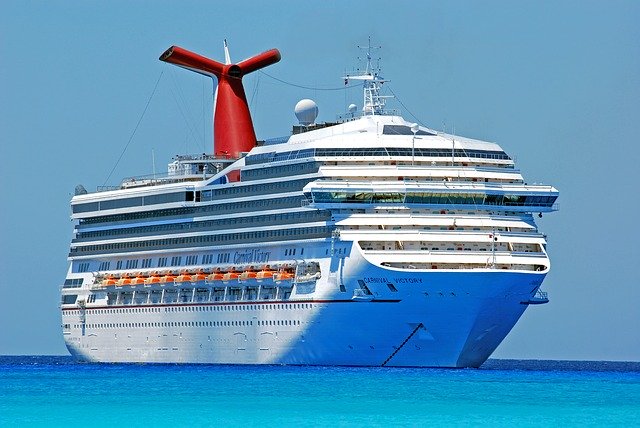 Will cruise fans keep on sailing?

The sun rises every day, so in all likelihood yes!

You can bet that once the crisis is no longer fresh in people’s minds, a lot more cruise fans will trim their sails and head back to sea.

Finally, can the $150 billion a year cruise industry attract new devotees to fill all the ships coming on line and return to the kind of growth that saw pre-crisis expectations, according to the annual Cruise Lines International Association report for 2020, hit 32 million passengers, an increase of 2 million passengers in just 12 months,

In other words, once the crisis comes to an end: What has been will be again,   there is nothing new under the sun… apart from a host of new ships.

Meantime, there are bargains aplenty to be had for future cruises, with guaranteed refunds or future credit in the event of cancellation. All hands on deck!

PrevPreviousCruise Industry with 9% Increase in Bookings for 2021 | RC – Cruise with Confidence Program
NextSmart Backpack | What to Consider When Choosing one in [2020]?Next