Global rental platform Airbnb lists properties from all over the world, in over 190 countries across 81,000 cities. Surprising finds surface from a quick search in countries you may not expect to see on the site, where a wide selection of apartments, houses and villas are listed for rent in countries facing or at threat of war.

Despite South Sudan’s ongoing civil war, fighting and border clashes, the country is an attractive destination for a particular group of tourists, especially those interested in ecotourism, given the country’s status as having the second largest animal migration. Visitors can find a wide range of accommodation options within South Sudan on Airbnb, including the Garnet Apartments, a one-bedroom apartment in Juba providing guests with a bedroom, living room, bathroom and balcony, all for as little as $25 a night. This is one of more than 10 Airbnb hosts listed on the website within the region.

Airbnb also offers a selection of apartments in Libya, a country located in North Africa, subjected to civil war since 2011. As a result, tourist numbers have plummeted, and many governments continue to advise against travel to and within the country. Airbnb’s listing of properties in Libya include this two-bedroom apartment in Tripoli, a space which will set you back around $51 per night and is one of four self-contained apartments within a family home.

Airbnb Hosts In The Middle East

Iraq’s years of unrest and conflict, which resulted in the Iraq War (occurring between 2003-2011), has not deterred the five million tourists who visited the country last year, mainly Shia pilgrims visiting its holy, ancient and protected sites. A wide selection of rooms, apartments and even villas are available within the capital of Baghdad, and throughout other major cities. For just $48 a night, this three-bedroom top floor apartment in Goizha City is up for grabs, accommodating up to four guests, and featuring a spacious living room and two bathrooms.

Visitors can find everything from basic to more high-end accommodation in Afghanistan, a country which has been at war since 2001. However, a small number of tourists do visit the country as it has appeal for those in search of adventure trips. Among the choice of apartments listed in the region is this double bedroom within a shared apartment, with an en-suite bathroom and its own entry. For $35 a night, the Kabul property also offers guests use of the kitchen and ‘Afghan-style’ living room.

Conflict began in the Donbass region of Ukraine back in early 2014 when protests by anti-government groups were staged in the aftermath of the Ukrainian revolution and Euromaidan movement. Although labeled as an area of ‘extreme danger’ to tourists, there appears to be a demand for short term vacation rentals. This ‘apartment with interesting design’ is a three-bedroom property containing a drawing-room, modern kitchen and bathroom with jacuzzi. Its location is within close reach of the Donbass-Arena area and the cost per night starts from as low as $20. 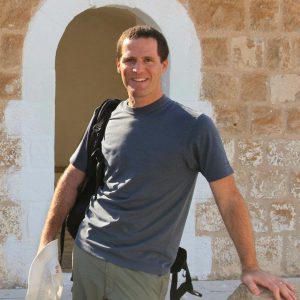 Yoni is an expert tour guide for the Israel and Jordan regions, as well as a lecturer in academic tourism courses. Yoni's passion for travel has seen him exploring new tourist destinations, unfamiliar hiking trails and experiencing different cultures and religions across the world. He has toured dozens of destinations globally, in various trip styles, including snail trips, group tours, business trips, family trips and more.
All Posts